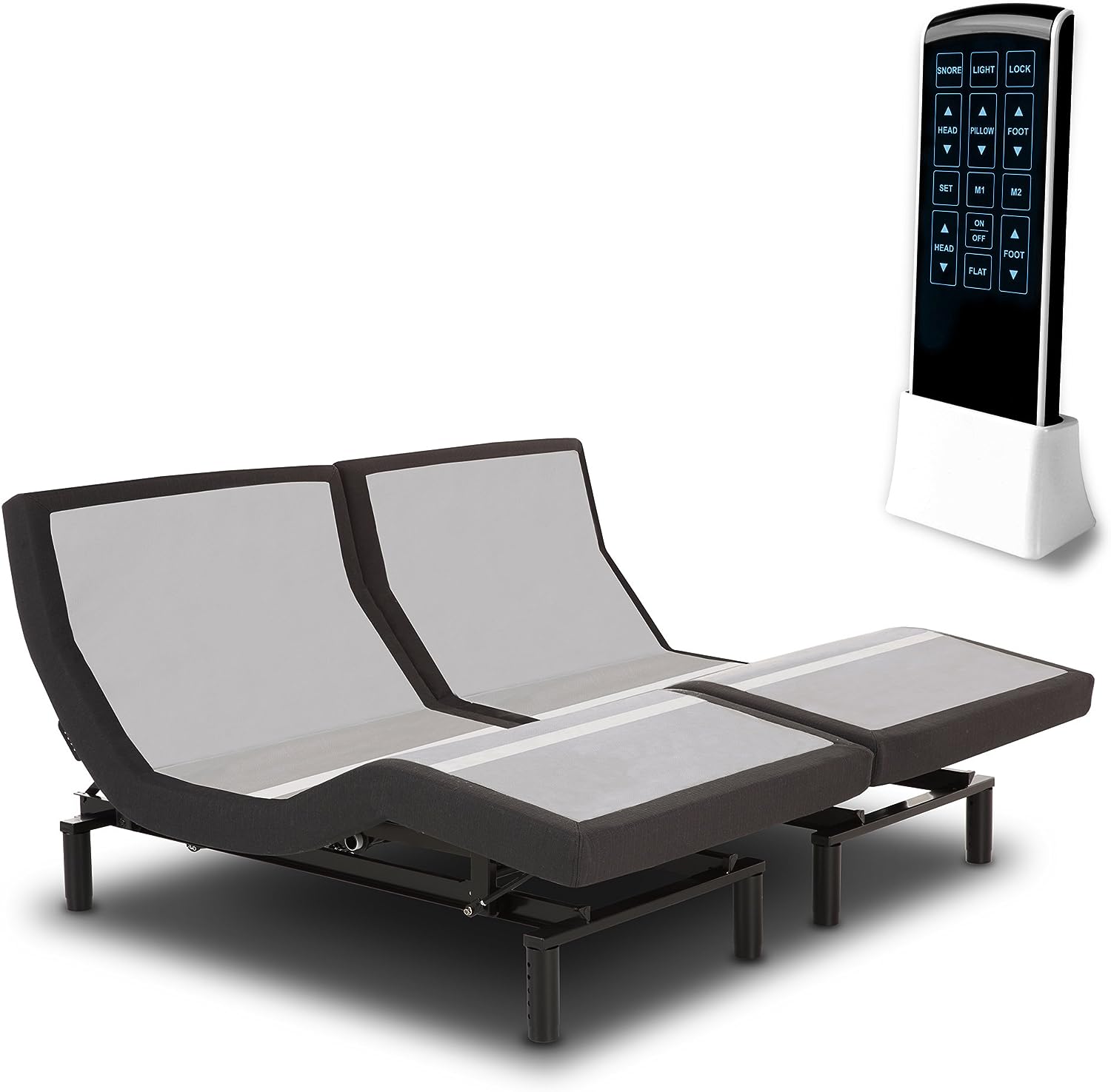 We watch TV, read and work from the comfort of our beds. It's the oasis at the end of a long workday where we seek a tranquil environment that inspires relaxation and rejuvenation. This adjustable base has an extensive array of innovative features and functions all designed with the user's seamless comfort in mind. The Prodigy 2.0 is introducing an exclusive Micro Hook retention system that holds the mattress in place, which eliminates the need for that metal retainer bar and the end of every adjustable bed. The programmable back-lit capacitive-touch remote allows you to control full-body, pillow tilt adjustment, head and foot articulation, under-bed lighting, child lock and (2) programmable positions. A convenient table-top holder is also included so your remote's always within reach. A FREE Bluetooth app for Apple and Android devices can be downloaded and used to control all remote functions along with full body massage (wave and pulse) settings, a gentle-wake alarm, (4) programmable positions and a sleep timer that returns the base to a flat position after 10-90 minutes. Raise the feet to the same level as the heart in a zero gravity position to increase blood circulation, ease stress and reduce soreness in the body. These angle adjustments alleviate body pain and moderate or eliminate snoring, allowing you to receive the highest level of personal comfort and the sleep you need. This base is also designed with Wall hugger engineering, a 4-port USB hub that's conveniently located on each side of the base and an emergency power-down feature. The heavy-duty 2.5" diameter legs can adjust from 6" â 10" in height and the black furniture grade upholstery provides a great neutral fit to any room. This size is composed of (2) bases that sync together measuring 16.75-Inch (H) by 36-Inch (W) by 84-Inch (L) each with a 700 lbs total weight max. The Fashion Bed Group Prodigy 2.0 Adjustable Base comes with a 1-year, 3-year and 25-year parts only warranty.